Change is the only constant.

Change is the only constant.

The original Tahoe Daily Tribune building was built in 1959. It was designed by Hans “Lutz” Aynedter, a German émigré and ski coach who also participated in the design of the Gunbarrel run at Heavenly Ski Resort.

Its successor Tahoe Daily Tribune building was built in the 1970’s, following the demolition of the first building. The original front elevation, facing Harrison Avenue and Lake Tahoe Boulevard, is hand-rendered. It reflects a modern yet practical roofline and chunky, angular columns. 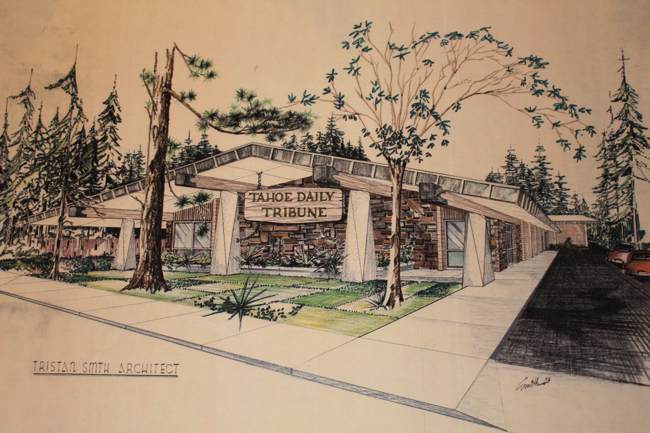 When I walked into the building for the first time in June of last year, the interior was outdated and soulless in the way that only a standard office building can be. Little sunlight, muted colors and materials, a quiet work hum occasionally shocked by the buzz of the police scanner.

The warehouse portion of the building had only been minimally used for the past almost twenty years since the printing of the newspaper had moved to the company’s larger facility in the Carson Valley and photography had become digital, deleting the need for dark room facilities. A creepy mezzanine level held the newspaper’s archives.

It took out-sized creative energy and a visionary eye to see in the space what it could become. From a warehouse that looked like this: 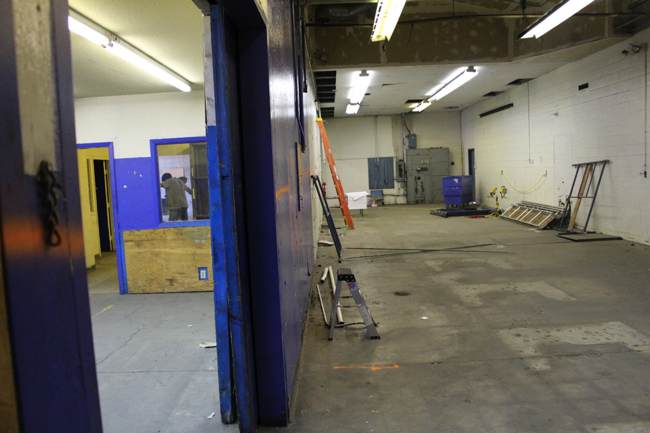 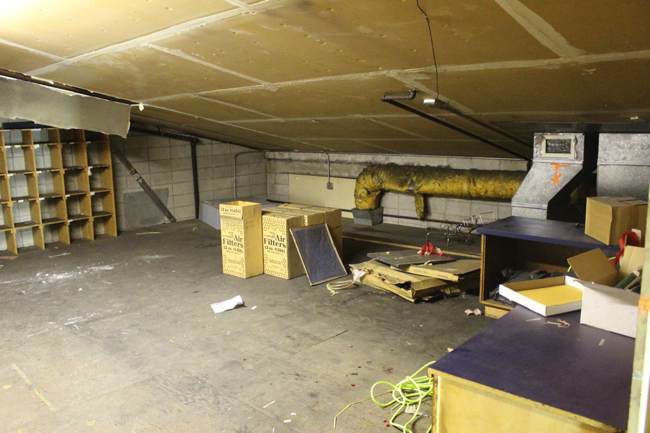 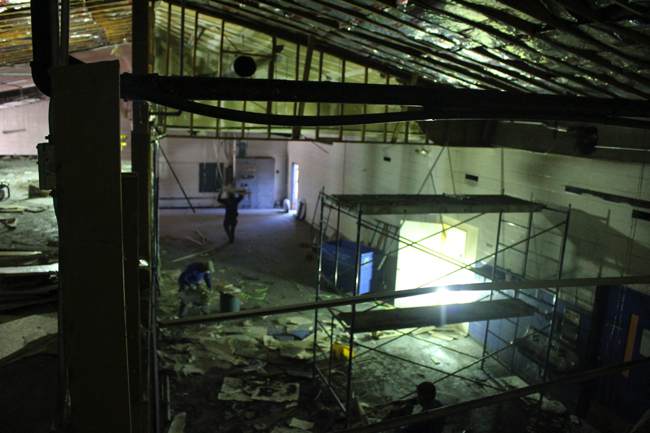 This has been created. 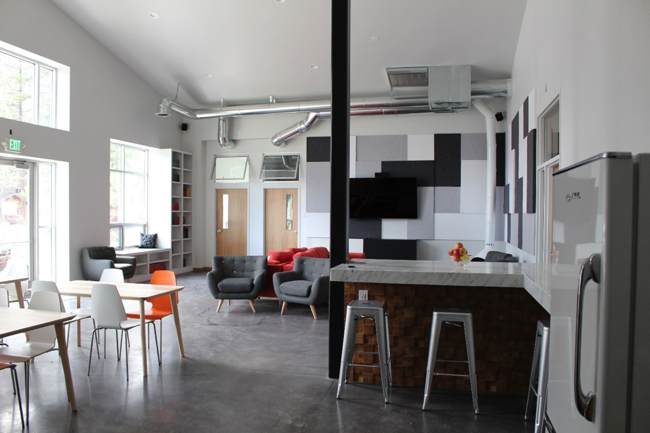 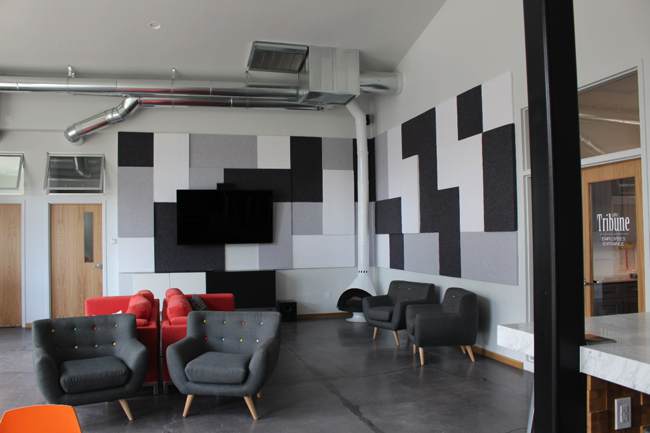 A primary goal of the renovation was to increase the natural light throughout the building. We added windows to the exterior walls as well as many glass panels and windows within the space to allow light to seep throughout. In order to cut windows into the concrete block walls, sheer strength needed to be added to the exterior walls to mitigate that loss of wall volume. We erected new concrete walls along three sides of the building to attach to the existing wall along the south side of the building.

During set-up, the braces kept the new wall in place. The crew worked one night until 11:00 pm to ensure the successful placement of the concrete. 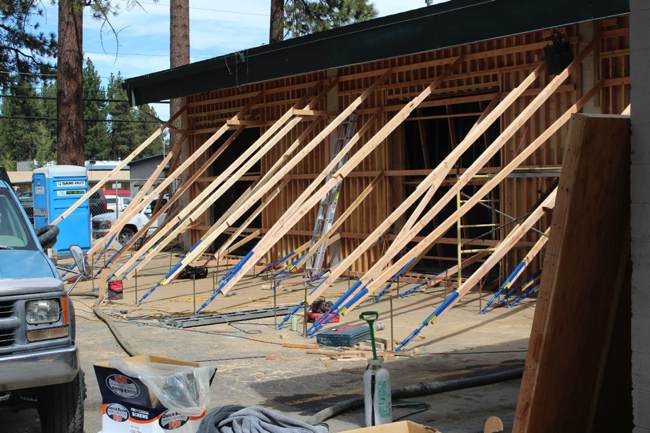 Adding windows along the north side of the building involved a different challenge: the mural. 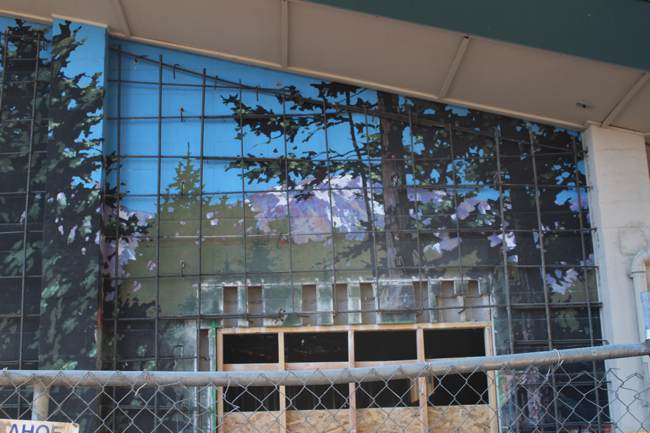 Cutting the windows into the mural struck us as the perfect metaphor for our efforts with the renovation of the building and the implementation of the project it houses: to both honor the legacy of South Lake Tahoe and the people who have created this community, while at the same time modernizing its approach to ensure its sustainability. The mural is still there; it looks different. It’s nuanced, and you might have to imagine some of its parts.

This project, like life, is dynamic. Because as Joseph Campbell said, “Out of perfection nothing can be made. Every process involves breaking something up.”

We’ve got a bit more to break up, on the building itself. We plan to be completely open May 15.

The Journey of Mountain Lab 2.0
Could the Next Wave of Coworking Be Small Towns?